Standing on the shoulders of giants / Sulle spalle dei giganti

CALL FOR SESSION PROPOSALS
The Centro Camuno di Studi Preistorici (CCSP) and the Società Cooperativa Archeologica “Le Orme dell’Uomo” (Footsteps of Man Archaeological Cooperative Society) have the pleasure to invite you to the 20th International Rock Art Congress which will be held in Valcamonica (Italy) from 29th of August to 2nd of September 2018.
This major event takes place 50 years after the first ‘Valcamonica Symposium’, marking 30 years since the foundation of IFRAO and the 30th anniversary of the Footsteps of Man Archaeological Cooperative Society.
The congress will cover a range of topics relevant to rock art, archaeology, culture and society, from its first appearance to current forms. During five days, leading experts in the field, researchers along with young scholars and enthusiasts, will gather and present the latest results and studies on rock art, rupestrian archaeology and other relevant research fields on Pleistocene and Holocene palaeoart of all over the world. More than 30 sessions, workshops, key lectures, exhibitions, visits with live streaming of certain events are being planned. Excursions before and after the congress, in Valcamonica and to others areas of the Alps, are also being programmed.
The organisers invite session proposals, each led by at least two and a maximum of four people from at least two different countries and organisations. The accepted sessions will be chaired by at least two people attending the congress. The chairpersons of each of the sessions will be asked to promote, invite speakers, coordinate the presentation of papers and edit the session proceedings.
Session proposals should reach the congress secretariat by 15 January 2017. The scientific committee will meet on January 31 and the list of chosen sessions will be published.

On behalf of he organising committee we hope to see you in Valcamonica.

The following conference immediately preceded the IFRAO Congress of 2018: 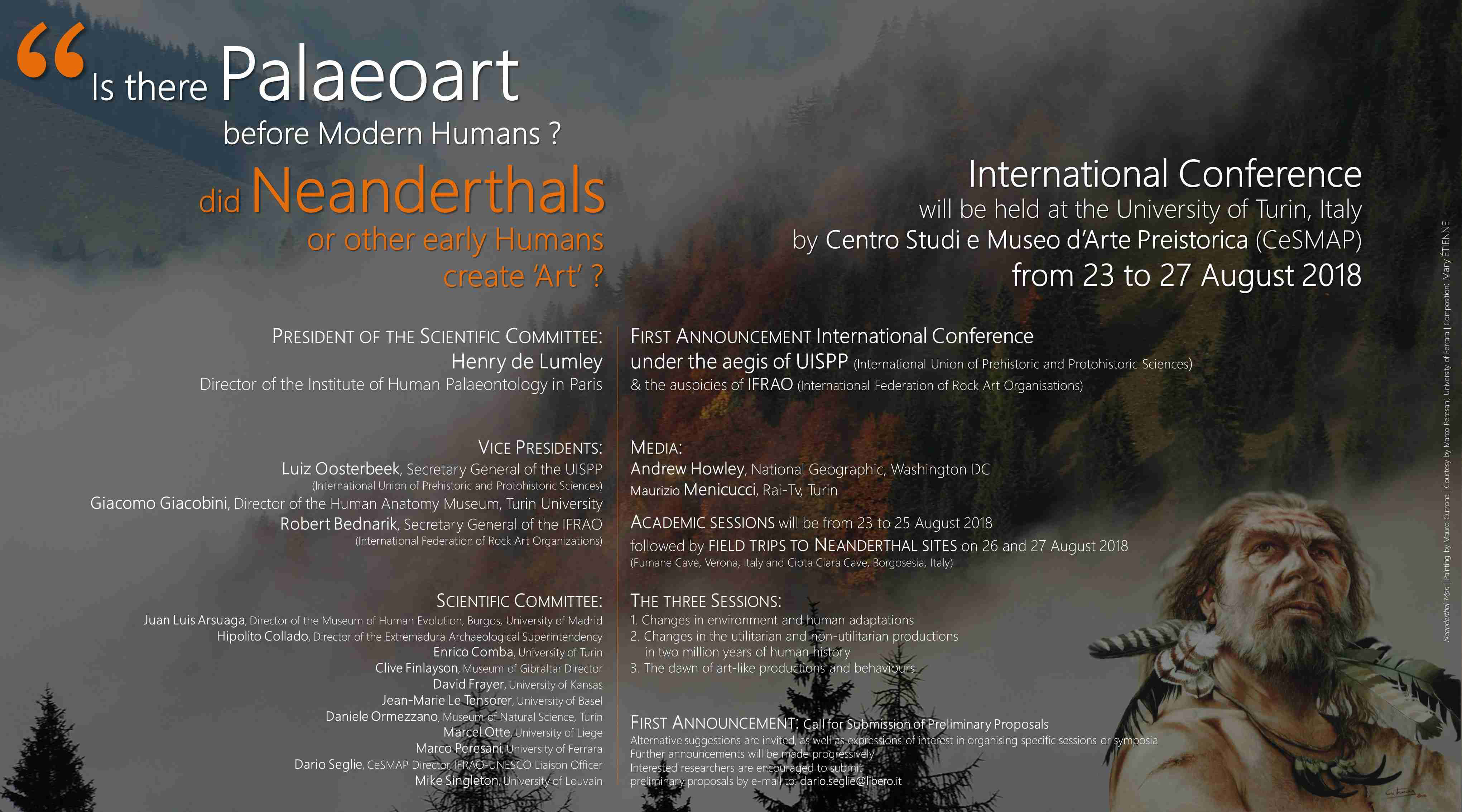